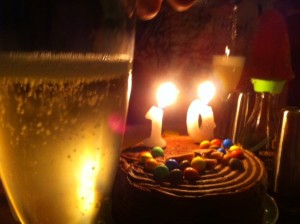 The Gospel Project has just marked its 10th birthday, prompting me to reflect a bit on our first decade together.A little piece of Gospel Project history for those who are interested;

In 2004 I was actively involved with Gardiner Street Gospel Choir, who were at the time mainly focused on singing at their weekly mass in Gardiner Street church and didn’t perform at wedding ceremonies. They got a lot of inquiries about weddings though, so as I had a background in music I decided to put together a smaller group who might fit that gap in the market. In late August 2004 I rounded up Jenny Kelly, Anne-Marie Redmond, Eithne Cunningham, Cian Mekitarian and – a little later – Aidan Lawlor, told them what I had in mind, and The Gospel Project was born.
Actually, we weren’t originally called that. We had a different name when we started out, it wasn’t very good though so I’d rather not share it here (if you’re one of the approximately 8 people out there who can remember, drop me an email and I’ll send you a spot prize!) One night in rehearsal we were working on Kirk Franklin’s version of ‘Lovey Day’, which is taken from an album called the NuNation Project and that gave Cian the idea for the name The Gospel Project. And it stuck.

Our line-up’s changed a bit over the years of course. Eithne moved off to Australia just a few months after we formed, succeeded by Clara who’s still with us. Kieran McEvoy replaced Aidan around the same time and was with us until 2013, when he was himself replaced by Danny. Judith came on board to succeed Jenny on keyboard duty in 2011, and Amy and Enda replaced respectively Anne-Marie and Cian in 2012.
For me there’s been many powerful moments over the last decade. I think some highlights were playing at the Phoenix Park in 2007, playing support for the Alabama 3 in 2010, and, for me at least, playing at the European Narcotics Anonymous convention in 2005. Most of all though, there’s the potent experience of playing at wedding ceremonies, which can be quite an emotional thing, even when you don’t really know the people involved. There’s something about being with people at a very happy time in their lives which can give you a sense of connection to them that is both a privilege and a big responsibility. We’ve been at this for years, but we still get nervous sometimes, because we want to get it right. It makes me smile to think that our earliest clients are celebrating 10 years of marriage. Here’s to 10 more years all round.